Hello everyone, and welcome back to the Young People’s Advisory Group (YPAG), as we enter our second year! We marked this milestone at our meeting on Saturday, where reunited after the summer, we knuckled down to work on some very exciting projects.

We began by discussing the Generation R glossary. I know myself how difficult it can be to understand the jargon used in scientific journals to discuss healthcare and forms of treatment – but this is where the glossary steps in. Generation R is a group of YPAGs across the United Kingdom, working to put together a glossary to help young people understand the tricky terminology. The aim is that young people will be able to identify the words they don’t understand and find definitions that make sense for them. Therefore, as our first task of the new YPAG year, we decided on and defined ten new words for the glossary – some of these were relevant to our YPAG’s unique work on mental health, others were relevant to healthcare and treatment in a broader sense. Hopefully these will help young in understanding and making decisions about healthcare and treatment.

After lunch, we looked at the results of the Digital Diaries study – a poignant moment for sure, as many of us YPAGers began our time with the group deciding on the questions for this project. Since then, the study has taken place – over four days, over 200 young people reported on moral experiences they’d undergone, and that they’d seen other people undergo.

Their responses have now been collated, and during our last meeting we began the (hugely extensive!) categorisation process. This involved going through the responses to form a set of categories, and then coding the responses accordingly. It sounds an easy enough task, for sure – but with over 700 responses to sort, it is a big challenge. However, many dedicated YPAG members put themselves forward to carry out extra work on the project. Time-consuming as it may be, when it is finished we are sure that the responses will provide a fascinating insight into the morality of young people today.

After this, we turned our attention to a very exciting campaign! With The Lancet, a scientific journal, young people across the globe have been working on the #nowifeel campaign. The purpose? To raise awareness of, and end the stigma of talking about, mental health. How? The idea is that young people, on social media outlets like Facebook and Instagram, will post a photo of themselves, without a filter, of how they genuinely feel, before tagging three friends and following the @mymindourhumanity account, to ensure the message spreads as far and wide as possible. The opportunity of winning a smartphone is also available!

The campaign will begin on September 10th, which is World Suicide Prevention Day, and closes on December 31st. Even if it only plays a small part in getting young people talking about mental health, we will be happy, as it is an issue all of us at the YPAG feel very strongly about.

This brought our first meeting of the new YPAG year to a close! It was as if no time had passed at all since our last meeting, the afternoon flew by, and it was wonderful being back together again. We are all looking forward to setting out on a new YPAG journey, with lots more innovative and exciting projects to come. 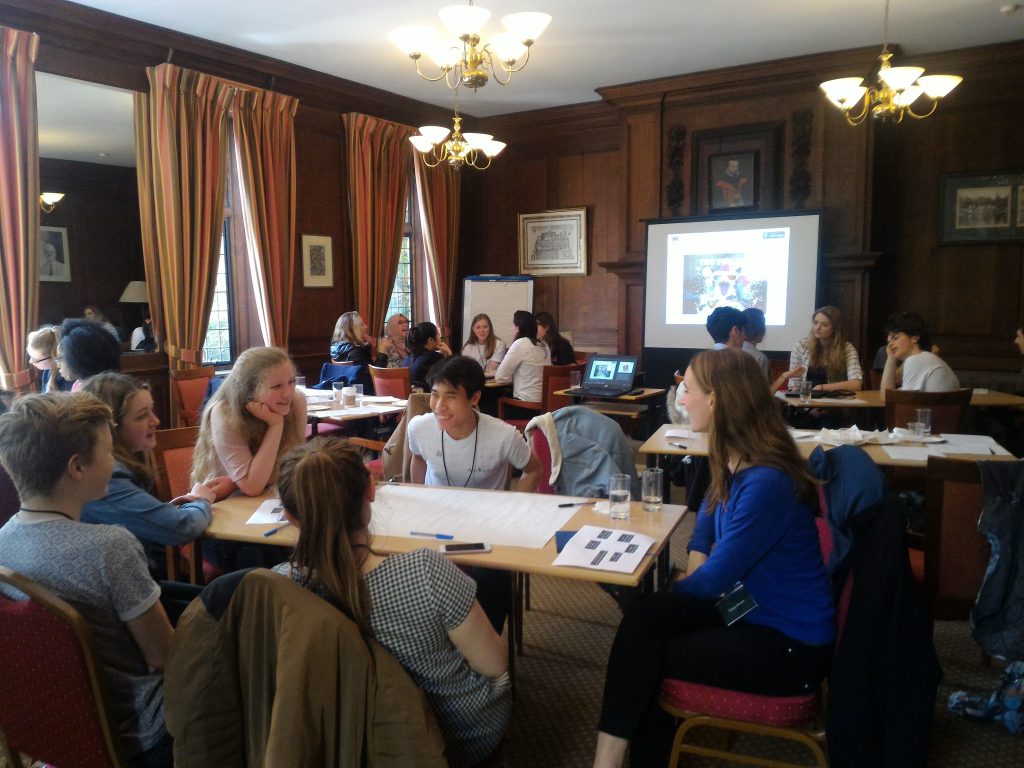